Situated in the sunny highlands the municipality of Bullas is an age-old vinicultural region, as shown by the statue of the god Bacchus found during excavation of a nearby Roman site. Visitors will marvel at the rich verdure of its vineyards, a highly prestigious winegrowing area that yields such distinctive wines as Carrascalejo: robust reds and brandies and especially the fruity rosés, combining all the savour of the countryside and its flora, which are bottled in the neoclassical palace of the same name.

Apart from the wealth of monuments in the town, with such obvious examples as the Church of Santa María del Rosario, the former Melgares palace or the remains of a mediaeval watchtower by the Segura River, the potential, hidden wealth is to be discovered in the outlying districts: numerous archaeological sites (particularly from the Argar culture) and delightful landscapes invite visitors to explore this sprawling countryside of contrasting colours.

A study of the local festive calendar reveals both traditional and original fiestas such as the Festivity of St. Anton, on the 17th of January in the neighbouring village of La Copa, during which the killing and cooking of a pig, a raffle, the ‘dance of the innocents’ and the procession make up the programme of one of the most unusual fiestas in the whole Region. The Fiesta of St. Mark on the 25th of April celebrates the exaltation of the rural world with a huge parade of floats and carts displaying rural life. Other fiestas of interest are: the Wine Festival; those in honour of the patron saint, The Virgin of the Rosary; the Fiestas of the Virgin in La Copa; and Easter week, with its famous ‘Encounter’ in the Old Square (Plaza Vieja). 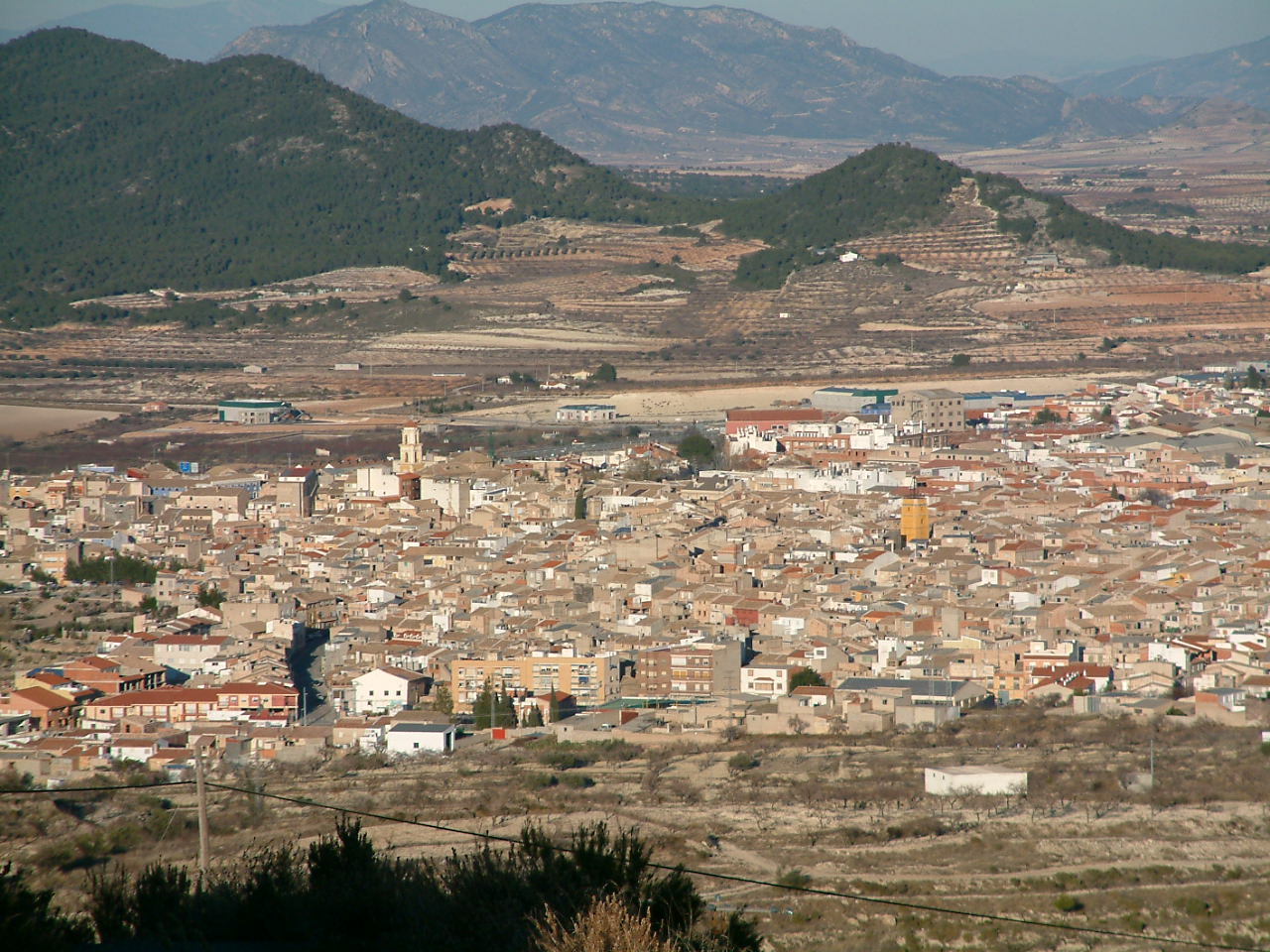